A continuation of the move higher in interest rates, backed by relatively encouraging economic reports and continued dovish central bank guidance were the primary themes last week. The move higher in interest rates has caused some indigestion because the move and associated volatility have indeed been historic. Improving growth expectations is a key driver which translated last week to relative outperformance of cyclical areas of the equity markets (financials, energy, industrials, materials) while rate sensitive and higher valuation pockets across global markets lagged. The more cyclical nature of the DJIA and equal weight S&P pushed them both to mark new record highs while the cap weighted S&P 500 fell 2.45% on the week. Higher U.S. rates translated to slight appreciation in the USD (+0.57%) while commodity markets benefited from a move higher in oil (+3.81%) and several industrial metals. 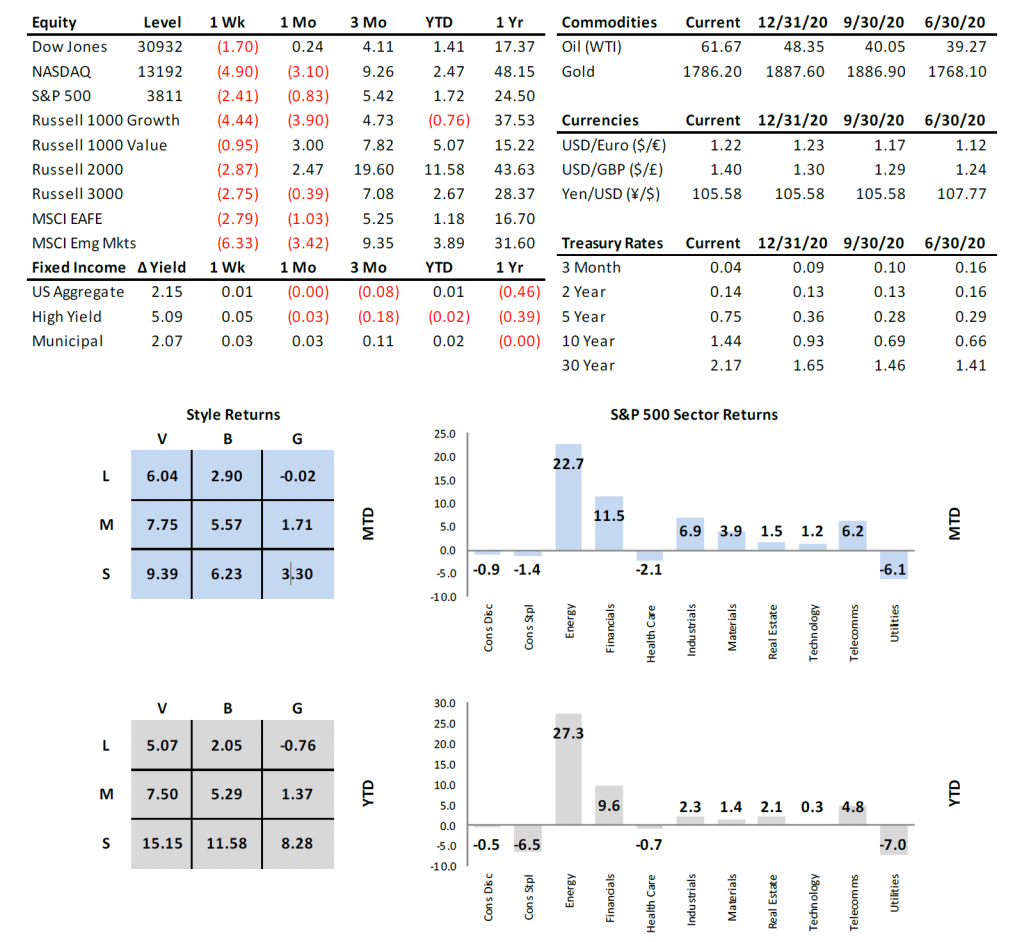 This communication is provided by Taiber Kosmala, an institutional consulting firm based in Chicago, IL and is for informational purposes only and is not an offer, recommendation or solicitation to buy or sell any security or other investment. This communication does not constitute, nor should it be regarded as, investment research or a research report, a securities or investment recommendation, nor does it provide information reasonably sufficient upon which to base an investment decision. Additional analysis of your or your client’s specific parameters would be required to make an investment decision. This communication is not based on the investment objectives, strategies,
goals, financial circumstances, needs or risk tolerance of any client or portfolio and is not presented as suitable to any other particular client or portfolio.