25 of the Most Interesting Things That Happened in 2019

2019 was an exciting year. We had several milestone moments, from new space discoveries and tech innovations to sports victories and stock market records. As we close out this decade and look forward to a great 2020, let's look back at the 25 most remarkable moments of 2019.

The current economic expansion became the single longest in history, growing for 126 consecutive months since the Great Recession.2

Computer storage and data processing moved back from the cloud to the edge to improve performance.4

The New England Patriots defeated the Los Angeles Rams in a 13-3 victory, marking the 6th Super Bowl win for the Patriots and the lowest-ever final score in Super Bowl history.11

The Washington Nationals won the World Series, defeating the Houston Astros 6-2 in Game 7.14

Astronomers captured the first-ever photo of a black hole.15

Scientists mapped an uncharted part of the human genome linked to diseases.16

Netflix made major waves at the 91st Academy Awards, winning 3 Oscars for the first time—marking another major win for streaming services.19

Several animal species bounced back from the brink of extinction, including the Fin Whale, the Amsterdam Albatross, the Northern Bald Iris, and the Round Island Day Gecko.20

U.S. and global poverty rates continued their downward trend. In fact, 2019 saw the lowest prevalence of extreme poverty ever recorded in human history—less than 8%.21

More than 600 divers in Florida held the biggest ocean cleanup event ever, removing more than 9,000 pieces of debris from the ocean.23 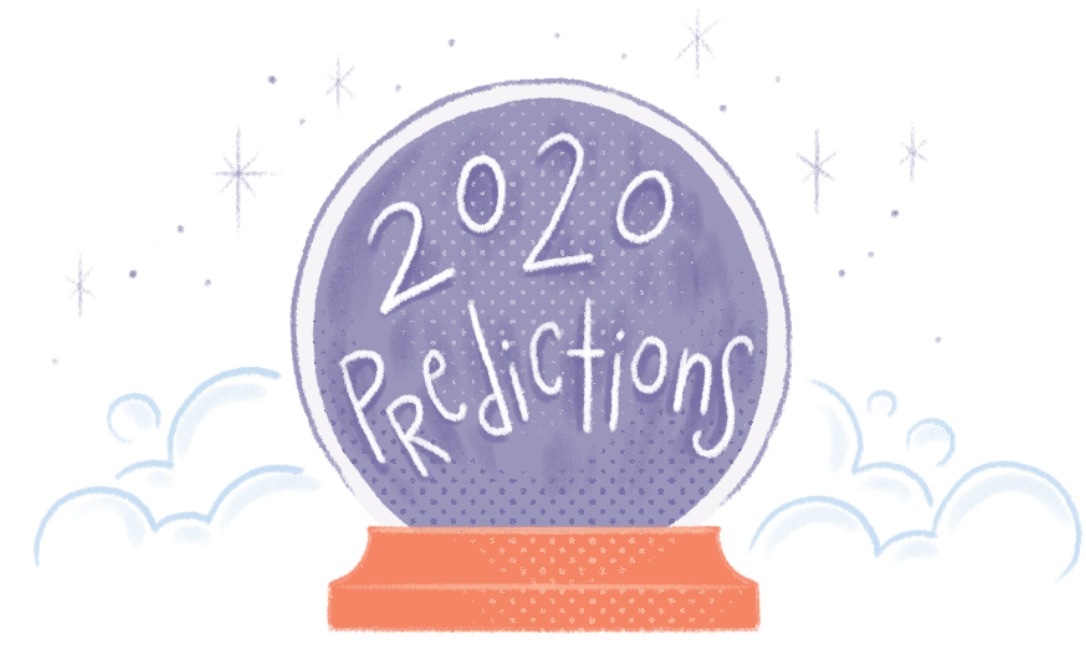 Let's gaze into our crystal balls and see what 2020 may have in store for us.

Keep in mind that making broad predictions is a lot like looking for answers in a Magic 8 ball; a lot of the answers are going to be: Reply hazy—try again. Even expert market strategists get it wrong a lot, because forecasting the future is an inexact science. Don’t take these predictions as anything more than a fun exercise.

A robo-taxi fleet of up to 1 million self-driving Teslas will be operating in New York.

2019 has given us a lot to remember. Despite some surprises, the bull market passed the 10-year mark, becoming the longest bull market in U.S. history, and delivering a strong performance for the year.26

Some predict it may continue for at least another year.27

In the meantime, we’re adjusting our expectations for the upcoming year and reviewing clients’ strategies and options. And we’re looking forward to another exciting year ahead!

If you have questions about what you should be doing in the New Year, please give our office a call at (614) 881-1500. We’d be happy to answer your questions and continue the conversation.